The work of two SF State Journalism alumni is featured in “Lift Every Voice: A Celebration of Black Lives,” a new book that highlights the work of trail-blazing Black Americans.

Jerusha Kamoji ('21) and Ryce Stoughtenborough ('20) were among several young Black journalists who contributed to the book, which contains a collection of interviews and portraits with 54 Black American elders 75 and older. These interviews shine a spotlight on the experiences and accomplishments of civil rights pioneers, Olympic athletes, scholars and CEOs.

The Lift Every Voice project began in 2021 as a collaboration between Hearst Newspapers, Magazines and Television divisions in response to a year of racial reckoning and protest in America. Black student journalists and early career reporters conducted in-depth interviews with Black elders, and Black photographers created powerful portraits of each person.

Stoughtenborough, who earned her B.A. in journalism from SF State in 2020, interviewed the Rev. Amos Brown, a lifelong civil rights champion and president of the NAACP’s San Francisco branch, Stoughtenborough went on to become an engagement intern at the San Francisco Chronicle.

Jerusha Kamoji, who graduated in 2021 with a bachelor's degree in international relations and a minor in journalism, interviewed sociologist and retired UC Berkeley professor Harry Edwards. 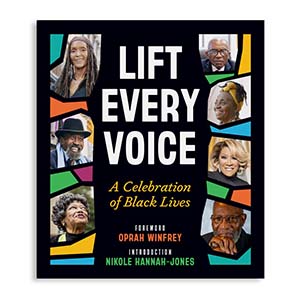