A hybrid event, Colucci will talk about the ways journalists can use social media to find and produce stories.

Colucci is the Sr. Social Media Director for Sinclair Broadcast Group, overseeing social media strategy, education, partnerships, projects, and curation & creation of content for all of the company's TV stations and digital properties. In addition to his leadership role, John is an on-camera personality, appearing as a social media reporter for KOMO-TV in Seattle and other Sinclair stations; and previously was a regular contributor to HuffPost Live. John also has spoken at conferences such as SXSW and NABJ. John leaped into the world of social media in 2011 while then in a project management role at Virgin America, and lead numerous creative marketing initiatives for the fledgling airline.

John is originally from Edison, NJ and resides in Seattle, WA.

Register for the event.

Please reach out to NLGJA chapter president Albert Serna by email at aserna1@mail.sfsu.edu for more information. 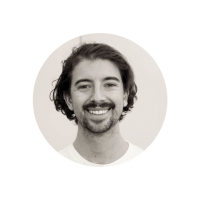