When Kale Williams first read a press release about a polar bear that had been abandoned by its mother and raised by zookeepers, he had no idea the tale of the bear’s life would lead to an award-winning five-part newspaper project, a 30-minute documentary and now a book.

“The story started out as a brief for The Oregonian, where Nora was being moved to the Oregon Zoo in Portland in 2016,” said Williams, a 2011 graduate of the SF State Journalism Department and a science and environment reporter for the Portland, Oregon, newspaper. “I wrote up a quick story about this polar bear and there was something in the press release about how she had been abandoned by her mom. My editor saw the potential for a bigger story there."

Williams spent much of the past five years researching the lonely life of the bear and the impacts of climate change on her species and the Native communities of the Arctic. He will speak about his adventures reporting the story on April 20 at 3:30 p.m. Students and faculty can register for the event.

To delve into the bear’s story, Williams traveled to a village in Alaska where Nora’s father, Denmark, had been orphaned by a Native Alaskan hunter and to zoos in Ohio and Utah where Nora was born and where she was moved after her stint in Portland.

“When we learned about the hunter, Gene and the story behind Nora, that opened the doors to talking about climate change in the Arctic and how that’s going to affect us all and the native practices of subsistence hunting there,” said Williams.

The newspaper series, called “The Loneliest Polar Bear,” was published by The Oregonian/OregonLive in October 2017 and went on to win the Scripps Howard Edward J. Meeman Award and the AAAS Kavli Science Journalism Award and the accompanying 30-minute documentary won a regional Emmy.

“Soon after writing the five-part series, I was contacted by some publishers and some agents asking me if I had thought about expanding the series into the book,” said Williams. “After thinking about it for a couple of weeks, I sat down with one of the agents and started working on my proposal. Then, three to four years later, there was a book.”

With the support of The Oregonian, he was able to hire a narrative coach to help him write Nora’s story for a book proposal. In addition, the newspaper covered his expenses to travel back to Alaska to reconnect with sources and pursue the story further.

Williams’ biggest advice to those who wish to pursue documentary stories is to “seek out the kind of writing that you admire and then reach out to those who can help you bring it to life.”

Williams’s first career was as a house painter. He started taking journalism classes at Laney College in Oakland and transferred to SF State in 2011. He served as editor-in-chief of Golden Gate Xpress for a year and did internships for 7x7 magazine and the San Francisco Chronicle.

After the Chronicle internship, he was hired as a reporter on the newspaper’s breaking news team. In 2016, he took a job at The Oregonian, where he covers science and the environment.

Williams said that he is happy to hear from early-career journalists. Even with a busy schedule, he said he always makes responding to them a priority. 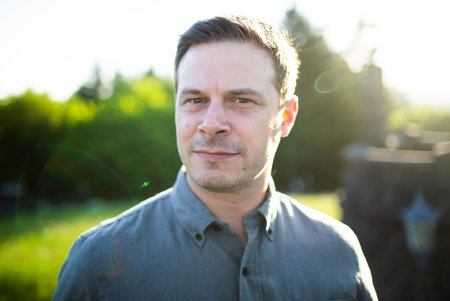